Most people will tell you that your IQ is determined by your genetics. However, in 2012 a study conducted on 2,000 people showed that school, education, parents, and diet have a much greater influence on the development of intelligence than the genetic code written in us.

Let’s be clear about one thing – intelligence is no guarantee that you will be successful and rich in life, moreover, only a small number of people use their predispositions and really do some great things in life. Quite simply, intelligence or IQ is formed in the earliest days, so what we “end up with” will hardly improve significantly during life. Of course, IQ is not decisive for success in life, but it is a very important factor and more intelligent people still have a greater chance of achieving something.

Although intelligence tests are available online on websites like iq-online-test.com, it is extremely difficult to accurately measure it. We can only roughly assume where we stand on this issue. Because there are various types of intelligence and the way it is measured, so often the results will be different. But, even though they are not perfect, these tests are currently the best way to measure a person’s ability to rationally understand the world around him, to remember, reason, and to possess logical skills.

If you want to find out which factors determine one’s intelligence quotation, read the rest of the article.

Israeli scientists conducted research based on IQ tests. Thus, 20 thousand smokers and non-smokers passed the test. The age of the experiment participants was from 18 to 21 years. So, the average level of the intellectual development of non-smoking students was 101, while for smokers this indicator was lower and amounted to only 94.

Scientists note that for students who smoke more than one pack of cigarettes per day, the test results did not exceed 90. That is, their IQ level is below average. The results of the study were supported by an experiment with identical twins. So, the smoking twin performed worse on the test than his non-smoking brother.

The relationship between intelligence and musical pursuit has been studied by several different groups of researchers. They all came to the conclusion that teaching music in early childhood leads to accelerated development of the child’s intelligence. Thus, the development of intellectual abilities in a child aged 4-6 accelerates after a month of music lessons.

Even 10 years ago, scientists proved that children who studied music for at least 9 months in adulthood show better results in passing IQ tests. It is also noted that almost all people who occupy high positions were involved in music in early childhood.

3. The right of the firstborn

It’s strange, but according to the degree of intellectual development, the older children in the family are ahead of the younger ones. Scientists say that genetics is to blame for everything. It is worth noting that this is mostly a small difference of a few points. But for statistics, even the average difference in IQ level between younger and older children in the family by three points is of great importance.

It is worth noting that the research lasted for 5 years, and two groups of people, 1100 people each, were under observation during that entire time. In addition to the main conclusions, the scientists made another very important conclusion. They noted that the level of intellectual development in people whose body mass index did not fall below 30 in five years was reduced by several points.

You are witty – yes, your wittiness is related to intelligence! It’s not something new, humorous people have the ability to turn difficult situations into more fun ones, they are witty and think quickly. Research shows that witty people have a higher degree of verbal and abstract intelligence.

Almost in parallel, two studies were conducted in Great Britain and New Zealand that showed the connection between intelligence and breastfeeding… Thus, the results of both studies showed that people who were fed artificial formula from birth have an average IQ of 7 points lower.

Scientists explain this by the fact that a mother’s milk not only increases the child’s immunity by transferring the mother’s antibodies to him but also affects the level of intellectual development. Therefore, children who were fed mothers’ milk develop faster.

8. The influence of marijuana consumption on Intelligence

The negative effect of drugs on the human body has been proven by more than one study. At the same time, three years ago, a survey was conducted in Great Britain in which 6 thousand people born in 1958 participated.

An analysis of the level of intelligence showed that the smartest people were those who used marijuana in their youth and then stopped. However, people still using cannabis showed the worst results.

You’re anxious – although it’s hard to find good words for anxiety, research shows that anxious people tend to be more intelligent. Because excessive thinking about various things, observing details, and drawing conclusions about them also causes anxiety. However, some behaviorists have studied the link between anxiety and intelligence, and have found out that their patients who felt anxious often scored higher than others on the tests.

Of course, the factors we wrote about are not the only ones. There are many different factors, such as heredity or the chemical composition of a mother’s milk, which influence the level of the intellectual development of a person. In any case, a person can develop, only the work has to start from early childhood. 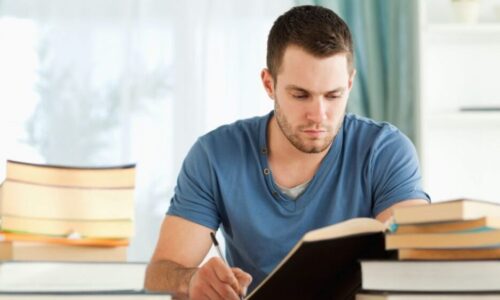 How Long Should You Wait Between Cavitation Treatment?

5 Reasons Why You Should Choose Gildan