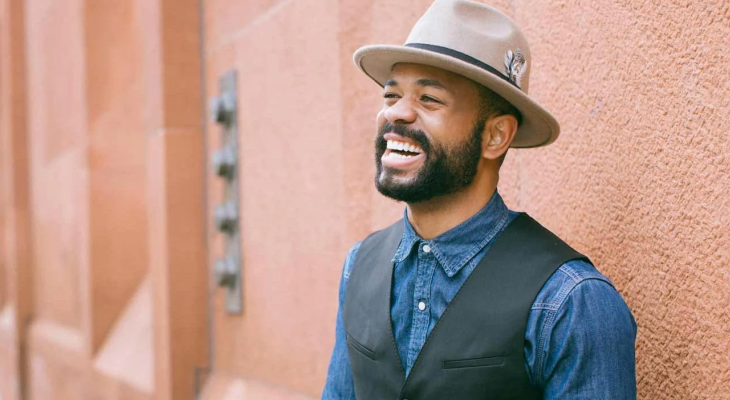 Have you noticed how so few men choose to wear hats these days? It has somehow become only a thing of fashion, the female population likes to wear. But, going back in history, hats were a lot more popular in men than in women.

This changes a little bit when the summer holidays arrive when everyone searches for a good sun protection accessory. According to ericjavits.com hats during this season become “inn” and acceptable for both genders, especially Men’s Designer Hats.

What is the purpose of wearing a hat?

The hat has three main, not necessarily interdependent, functions. The first and probably fundamental is that it protects the head from weather conditions like the sun, wind, or even rain. Also, not all hats are made for showing off or completing a fashion look. A woolen winter hat and a bicycle helmet are, without a doubt, natural allies. Its second function is symbolic and emblematic – both the crown and the chef’s hat refer to the role of the one who is wearing it. The third, although not the least important, the function actually boils down to aesthetics – because hats, perhaps more than any other item of clothing, have the power to transform the person who wears them.

Sitting so proudly on the head and so close to the wearer’s face, they easily blend with their owner and his identity, often in truly remarkable ways.

If this is the case, then why have they stopped wearing them?

There are several reasons why but among the most frequently mentioned ones is because people now drive cars with a roof, as well as other modes of transport. As cab cars became more popular, the need for hats began to wane. Low roofs on vehicles meant you could no longer wear a hat while driving, and you didn’t really need a head covering in that case anyway (you were already protected), so personal transport is thought to have negated the need for headwear.

If we go back in history, let’s say, to the 1920s, we will see that a very less population had a car, unlike today when this isn’t a thing of luxury. In some countries, like the USA, until 1940, the number of car owners ranged from one to four people. By 1970, it had risen to 55 percent.

Men still bought hats, but they didn’t wear them every day like before, when most people went everywhere on foot, on horseback, or in open carriages. The rise of the car industry also meant that fewer people used public transport, so you couldn’t even find yourself walking to transport in the rain anymore – you were protected by the roof of the car all the time.

We bet this wasn’t even on your list of the reasons why men don’t wear hats anymore, right?

Another theory is that the hat suffered a serious decline after the end of World War II because it was an unpleasant reminder of the time spent in uniform. Men who fought did not want to wear hats with civilian clothes after the war was over. Believe it or not, there was even a foundation that was researching this issue back in the forties and managed to find out how the reason behind men not wearing hats anymore was because they had to wear them in the military.

Of course, they did the research in order to find out what they can do to correct this. Based on their findings they could design special ads, and give the hat industry a push-up. This was the time all kinds of marketing activities were conducted in order to make men wear hats again. The hat industry initially believed that baldness was just a passing fad, and newspapers commented on the trend in 1948, but almost everyone realized that this could become a more permanent reality.

In England, there were even reports of people daring to go bare-headed in towns where hats were intensively produced and were attacked by workers who saw this as a threat to their source of income. So, it was kind of a rebellion.

It is a common belief that when a once functional piece of clothing becomes purely decorative, it does not survive more than one or two generations. But that doesn’t explain why wearing a tie has remained mandatory in most offices.

Maybe we should look at this issue from another perspective. Throughout history, hats have changed. It’s not that they are not being worn at all, it’s just that their shape and use have been modified. For example, baseball hats are an increasing trend. Numbers have shown that there has been an increase in their sales (as much as 25% annually), in the past couple of years. This is what we are trying to explain – it’s not that men have stopped wearing hats, it’s just that fashion trends today dictate a different, as we said, a modified version of the hat. If you were to show up anywhere wearing a classic hat today, you would probably end up looking like a weirdo. The last recorded occasion when a great man wore a top hat was when John F. Kennedy put it on his head, during his pre-inauguration. Kennedy, however, took it off his head before he began his speech. Many misquote that speech as the glorious hatless moment that heralded the end, but the end actually began many years before.

In the end, it is safe to conclude that the men’s hat era is not over yet. It will continue to exist, but not in a classic way, we think it would. People, including men, will always be wearing these for fashion purposes, the question that remains open is what kind? But, we’re sure the type will change from one season to another, from one trend to another.