It’s hard to believe, but we’re almost at the end of 2022. And, during the last few months, many great games have made their way onto the scene – so many that it might be hard to know where to start!

More so, the insanity of online games is limitless as there aren’t ways and circumstances to enjoy the world of online games. However, the initial question every gamer always asks themselves is which of the online games are worth their time, from soccer, golf, and adventure among many other cadres of online games.

Furthermore, if we could all turn around the time, we will all realize that the most popular ways to enjoy virtual games have always been on consoles traditionally, such as the PlayStation series, Xbox series, Nintendo gaming devices, and PCs with which we all enjoy at home.

However, the rise in technological advancement has opened our minds of us to online games as the next big thing, which is known and serves as the future of the gaming world. Though there are still many who fancied their chance on consoles

Behind the advent of inclining toward consoles, the rise in the online gaming platform has been credited to the increment in mobile phones in the last couple of years. While it was in that lucrative percentage of online games are widely available on different platforms ranging from Android, iOS, Windows OS, Symbian, and Java. Though, Android and iOS are the mainstays

The data further revealed that the most intriguing part of online games is the large pool of players, playing against each other frequently. But the most breathtaking part of these games is the fact that they are available for free, while it can be played alone or with friends in any part of the world in the comfort of the gamer’s couch.

However, we will look at some of the most promising categories gamers have raved about this year, among the plethora of games available and games being played in the virtual world.

What better way to start this list than with some good old MMORPGs?

MMORPGs (massively multiplayer online role-playing games) host significant bouts between gamers worldwide. They’re loads of fun, but checking that your computer is up to date is essential to ensure you have the best gaming experience possible.

For example, your click rate plays a massive role in battling monsters, responding to dialogue, and selecting items before they disappear. These are simple actions, but they make all the difference in the fun and dynamic gameplay.

With your computer up and running, you can find many different MMORPGs. World of Warcraft is a classic and one of the most popular in the world, with millions of players logging in every day to quest and explore. Since its release in 2004, WoW has made waves across the gaming universe.

On the other hand, Fortnite is one of the trendiest MMORPGs in 2022, with a whopping four million active players logging in daily. The game also throws exclusive online events like concerts and movie trailers, offering gamers a unique experience.

Online slots have grown in popularity thanks to the spread of the accessible internet. Additionally, cutting-edge technology has aided developers in creating dynamic and exciting games at lightning speed. Now, players have the choice of playing free or real money slots.

Free slots let people play without making any bets. It’s an excellent choice for anyone just beginning to play slots because they can learn how the game works without any risk involved. On the other hand, real money slots allow gamers to compete for monetary prizes.

There are a few tricks for finding the real money slots at Pokernews, like finding games with high RTPs. RTPs, or return-to-player percentages, mean that players are more likely to get money back each round.

When you know how to play by the rules, slots are much more fun and gratifying to play.

There are many great online shooters to choose from these days. Whether you’re into first-person shooters, third-person shooters, or something in between, there’s bound to be a game that’s just right for you.

Some popular online shooters include Call of Duty: Modern Warfare, Overwatch, and Counter-Strike: Global Offensive. Like MMORPGs, you can play in online bouts with people from all over the world.

Sandbox games form a unique and popular genre that allows players to explore and create their own game world. These games have no set goal or objective, so players are free to do whatever they want. Some popular sandbox game activities include building structures, gathering resources, or simply exploring the world.

Since sandbox games are open-ended, they give players lots of freedom to roam and create. They often have a high level of customization, allowing players to change the game world to suit their own preferences.

Some popular sandbox games include Minecraft, Terraria, and Factorio. These games have been praised for their creative gameplay and vast world exploration. 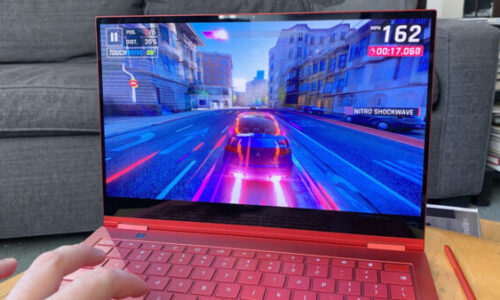 Six Things To Consider Before Buying a Chromebook For Gaming