The world of football is one of the most popular sides of sports as a form of entertainment. It is the biggest sport in the world, the most watched one as well, and the most valuable. The market is measured in billions and the lucrative sponsorship deals bring in billions more. The best players are living legends while the best teams are basically synonymous with success, professionalism, and football as a phenomenon. The only testament to the greatness of football is the fact that basically every country has its own domestic league. It is easy to play it because you only need a ball which does not really need to be a real ball. Other sports require expensive equipment of infrastructure, but not football. Have you ever wondered why so many stars came from nothing? They started playing in the slums with two bricks for a goal and anything that remotely resembles a ball.

In the modern day and age, following football and cheering for your favorite players or teams is a bit different. Thanks to the dominance of sportsbooks and betting, being a fan also implies that you are a passionate bettor. Of course, this does not have to be the case, but it is more and more. The top leagues are a never-ending source of top-tier matches to watch and bet on, which is why the “big five” is where most of the attention is put. These are also the leagues where the best teams play, and naturally the best teams can afford the best players. The English Premier League, Spanish Primera, Italian Serie A, France Ligue 1, and German Bundesliga make up the five best leagues in the world.

In this article, we focus on Germany and their primary football division, the Bundesliga. Home to some of the most notable teams and players on the planet, it offers a great deal of excitement. Although certain teams are historically much more successful than the rest, there are always pleasant surprises and upsets to be expected too.

There are 18 teams in the competition. In each year’s edition, top four seeded teams qualify for the UEFA Champions League, the fifth enters the Europa League group stage, and the sixth enters the qualifiers for the Europa Conference League. Two lowest-ranked (18th and 17th) teams are relegated, with the 16th placed team going to the relegation play-offs.

The Winners So Far

In the recent decade or so, it has not been difficult to predict the winner of Bundesliga. Bayern Munich, the most successful German team and the winner of record 30 titles has won it 9 times in a row, from 2013 to 2023. Borussia Dortmund, the second-most successful team in the domestic league, has won it 5 times. The domination is clear. Other teams that have won the league multiple times include Borussia Monchengladbach (5), Werder Bremen (4), VfB Stuttgart (3), Hamburger SV (3), FC Kaiserslautern (2), and FC Koln (2). Four other teams won it only once, 1860 Munich, Eintracht Braunschweig, FC Nurnberg, and VfL Wolfsburg.

The ongoing 2012/2023 season is already one of the more interesting campaigns, which is why it is important to know who the favorites are right now. If you care about German football and regularly follow the matches, you probably care about the statistics. If you gamble on the league, you absolutely have to know this. Read on to learn more and be sure to check out https://20bet.com/ca/prematch for more about betting on Bundesliga.

At the time of writing, Bayern is at the top of the table with 28 points. Dortmund is second with 27, followed by SC Freiburg with 22. Leverkusen, Union Berlin, and Wolfsburg complete the top 6 seeds that lead to European competitions. They are followed by RB Leipzig, Mainz, and Monchengladbach who each have 18 points.

Hoffenheim is at the 10th spot with 17, followed by Eintracht and Koln with 15 each. VfL Bochum and Hertha have 13 points, and Augsburg. The currently relegated teams are VfB Stuttgart with 10, Arminia with 9, and Furth with a single point.

The best German team in history is chasing their 10th straight title, which would only cement their already record-breaking streak. They have UEFA Champions League title aspirations too as they qualified for the round of 16 atop of their group with all five wins so far. Their current side is made up of some of the best players on their respective positions in the world, and they are the obvious favorites to win the Bundesliga again. If you want to bet on a sure thing, going with Bayern is always the surest thing possible. Their odds are now -1200 to win it all.

The second-best team in Germany has sadly been eliminated from this year’s edition of the Champions League as they did not manage to qualify for the round of 16. They will be playing in the one tier lower Europa League, which means their aspirations for the Bundesliga title just got higher. Europa League is an easier competition since the clubs are weaker, so Borussia will have more energy for the remainder of the domestic league. They are sitting comfortably only a point behind Bayern and 5 points clear of the third team on the table. The odds for Dortmund are +600.

Bundesliga is no stranger to surprises, but this one hardly anyone expected. SC Freiburg was only promoted to the Bundesliga in 2016, when they won the 2. Bundesliga. In the 1990s, they bounced up and down between the first and second tier competitions, but in recent years they managed to cement their status as one of the top 18 teams in Germany. Their odds are only +25000 but they are a fun side to watch and support. Being third in Germany after 12 match days is no easy task, so give them a look.

If we had to pick three more teams that were traditionally causing the most trouble for Bayern and Dortmund, it would be these three. However, they are struggling a bit in this iteration of the Bundesliga.

Leverkusen’s odds sit at +15000, Repizig’s are +25000, while Monchengladbach’s are even worse at +50000. This is not to say that all of their seasons are bad. Leverkusen is at the top of their Europa League group with three wins and a draw after 4 matches. Monchengladbach is ninth on the table at the moment and they should pick up the pace down the line.

Currently the best out of this trio, Red Bull Leipzig, achieved moderate success in the Champions League group stage. Although they are only 7th in Germany, they have carried themselves nicely against Man City, PSG, and Club Brugge and are probably headed to Europa League. Last year’s Bundesliga runners-up should never be overlooked.

Which Sports Are The Most Popular For Betting ─ Top 5 Ranked 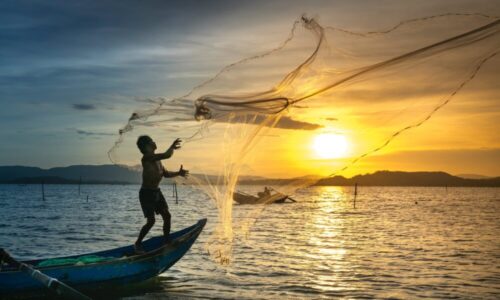 How to Properly Use a Fishing Net – 2023 Beginners Guide 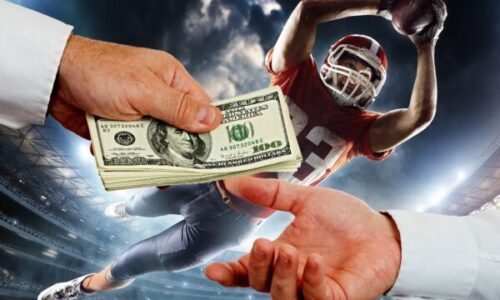 Things You Should Know if You Are Betting on Sports