Are you an aspiring alpha? There’s nothing worse than being a beta male who takes the backseat to all of the alphas in the world. The thing is, life doesn’t have to be like that. Every man has the ability to carve out his own path to glory and be his own man.

One of the essential items to accelerate your journey to becoming an alpha male is the right supplements. Supplements are made to give you a boost where you need it the most. Whether it be nutrition, stress reduction, a testosterone boost, or a libido boost, there are supplements provided by Mother Nature to help you along your journey.

Below, you’ll be able to check out some supplements for men who want to become more manly.

The cornerstone mineral for men is zinc. Without enough daily zinc, a man will surely suffer. Ultimately, if you’re not eating enough meat and nuts, then you’re most likely not getting enough zinc. This has a detrimental effect on the male reproductive system, which in turn hurts the libido. Additionally, zinc is an essential mineral for optimal prostate health.

Have you ever heard of people taking zinc to boost their immunity during flu season? Well, this is more than just an old wives’ tale because zinc has a positive effect on immunity as well. The bottom line is that as a man, you need to be getting enough zinc in your diet, and a good zinc supplement is a perfect way to ensure that that’s happening.

Now, if you really want your libido to burst wide open and your endurance to rise, then Tongkat Ali should be an herb on your radar. It’s sourced in Indonesia from plant roots, then processed into an extract version. A lot of companies will lead you to believe that only the 200:1 extract version works, but it really depends on the purity of the herb.

Consequently, 100:1 extract versions or less are also effective. It all comes down to who you buy it from, and there are more than a handful of trustworthy vendors online since this herb isn’t going into short supply anytime soon. For best results, most vendors recommend sticking to a 5:2 schedule, which is five days on and two days off.

To make this work, it’s easiest to take it Monday through Friday with the weekend off. Be prepared because you might notice a large spike in your libido.

This way, you’re able to test how the whole form of the herb makes you feel before jumping to the extract version. Chances are, you’ll really appreciate the boost you get from this herb in its whole form.

In addition to reducing stress, ashwagandha has also shown promise at helping men boost results in the gym, which in turn may help to boost testosterone. It only makes sense since cortisol is the stress hormone, and it also happens to be the enemy of testosterone.

If you’re having trouble sleeping due to stress, then ashwagandha could be an herb that helps you get a good night’s rest to rejuvenate your T levels. Overall, this is an herb that no man should skip over on his journey to become alpha.

One of the top supplements for men is the fungus, cordyceps. A staple in Eastern medicine, this fungus is one of the best ways to boost stamina and overall vitality. While that all sounds great, this supplement is very, very expensive if bought in its true form from the wild.

Cordyceps is a parasitic fungus that infects its host until the host dies. Then, the mushrooms bloom from the host’s carcass. For this reason, cordyceps is often referred to as the “caterpillar fungus.” When shopping for this herb, there are two types you’ll come across: cordyceps militaris and cordyceps sinensis.

Of the two, cordyceps sinensis is the true mushroom that grows from dead insect carcasses while militaris is part of the cordyceps family and can be grown in a lab. When choosing a cordyceps supplement, be sure to read the label to see what is in the supplement. In the case of cordyceps, you might have to do a bit of experimenting with several brands before figuring out which one works the best for you.

However, the process and money spent is worth it if you track down a brand that does the trick for you. Once you do, you’ll notice a sharp increase in your manliness, motivation, and energy. These are the effects an aspiring alpha should hope for.

Always remember that supplements are only a small part of your journey to becoming more alpha. The larger part of becoming alpha lies in dietary changes, time in the gym, and a complete overhaul of your current mindset.

Supplements for men are only there to supplement the journey and give you a boost when you need it the most. With this in mind, you’ll have better success with supplements than the next guy who uses them as a crutch. 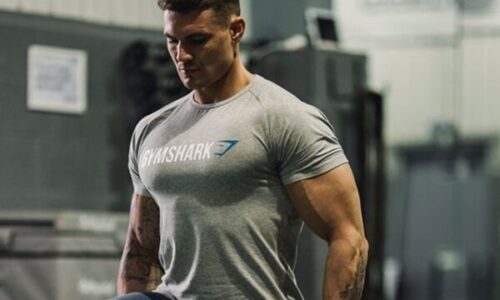 By Kane DaneHealth and Fitness, Lifestyle

By Angela PopucalovHealth and Fitness

What Does A Hyperbaric Oxygen Chamber Do?