We hear stories every day about individuals who are injured or wronged due to negligent actions taken by other parties. This can include those who cause accidents, fail to provide adequate care, commit acts of aggression, etc.

Sometimes, however, the victim of such negligence is left without recourse because he/she cannot afford to pay the medical bills associated with treatment, lost wages, pain and suffering, disfigurement, etc. Whether the accident was caused intentionally or unintentionally, the victim always has rights under the law. The question arises as to whether the victim can assert his or her legal rights against responsible parties without the assistance of an attorney.

You’ve received a settlement offer from the insurance company and now you’re left wondering whether or not to accept their offer. What should you consider before signing anything? The answer depends on several factors, such as the type of accident and the level of injuries sustained. If you don’t fully comprehend these things, you might end up accepting less than you deserve because you didn’t take into consideration certain issues.

Here are some tips on how to settle a motorcycle accident claim.

Take care of any injuries right away

If you have been injured on the road, or even worse, if someone else has been involved, you should immediately seek medical attention to ensure the best recovery possible. If possible, get your injuries looked at by a doctor who specializes in treating sports medicine injuries. A specialist is likely to know how best to treat severe injuries such as broken bones.

They will also be able to refer you to specialists who might be able to offer additional treatment options. Getting prompt medical care reduces the risk of complications from your injury. Your priority after having received treatment should be to contact a motorcycle accident lawyer. An experienced attorney will help you get compensation for any losses suffered in the crash.

Don’t speak to anyone

Except for those who are directly involved in the case. Remember, you don’t want to say anything that could compromise your claim in court. Speak only with people who can verify details of what happened. Be careful to avoid giving out information that may identify you, including identifying numbers on your insurance card. Talk to your attorney. After receiving proper medical attention, you should talk to your lawyer about filing a personal injury lawsuit. If you need consultation for this type of case, we recommend that you contact injured.ca immediately. They can advise you on whether it makes sense to pursue civil claims, and answer questions about what steps to take next.

Take pictures of the scene before calling the authorities

As much as possible, try not to move anything around until law enforcement arrives at the scene. Any evidence left behind can provide clues about what caused the accident. Keep track of where things were placed so you know exactly how they got there later. Photographs, video recordings, and written notes can prove useful in court. Leave nothing behind that identifies you or your vehicle.

Get the name and address of the witnesses

Witnesses play a key role in any claim. If they were at the scene of the accident, they know what happened. Witnesses may be able to provide evidence if their information matches the official police report. Try calling them yourself to get an idea of how reliable they might be.

Have someone else take notes while interviewing the witness

If possible, ask someone else to take down what the witness says. Even if you don’t consider yourself to be good at taking notes, having someone else do it for you might help ensure accuracy later. You could even ask a friend who isn’t involved in the case to watch over things by listening in on the conversation.

In order to make sure of everyone’s story, you’ll need to know where everyone actually was before, during, and after the crash. A simple way of doing this would be to use Google Maps to pinpoint each location. Remember to make sure that the people being interviewed know if they were moving or stationary when the collision occurred.

Ask questions that will uncover inconsistencies

Ask open-ended questions, such as “How did you feel when the motorcycle crashed?” instead of asking yes/no type questions. Doing so ensures that anyone telling a different story than the first person is going to make themselves look bad. Also, try to avoid leading questions. Instead, let the witness tell you his or her story without trying to steer the conversation in a specific direction.

Listen carefully to the answers given

Make sure to listen closely to the responses provided by the witness. Sometimes, the best kind of witness is the one who doesn’t give much away. That said, just because someone is quiet doesn’t mean they aren’t giving you information. Pay attention to body language, tone of voice, and facial expressions. When you’re looking for something, pay close attention to the times that these things change.

Be sure to write down everything the witness tells you. Writing things down makes it easier to remember them later. In addition, writing things out helps prevent memory loss. There will likely be some details that you forget later. Taking notes can help prevent this from happening.

Keep copies of everything you collect

Keep copies of documents like insurance policies, police reports, medical records, and anything else relevant to the case. Keeping hard copies of anything assures you that nothing gets lost along the way. It is important to obtain copies of any accident reports that might exist about the incident, including police reports and insurance company documents. Copies can be obtained from the local police department (or equivalent) or by contacting the insurer directly. Make sure you keep copies of these documents safe until they are requested.

The tips above should help you settle your motorcycle accident claim more quickly and efficiently. However, there may still be cases where settlement negotiations fail. If this happens, you may want to consult with an experienced personal injury attorney. 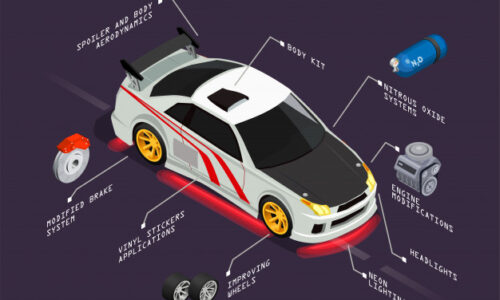 Things You Need to Know Before Upgrading with a Body Kit 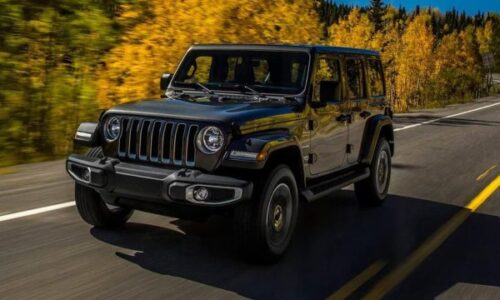 6 Jeep Wrangler Features You May Not Know You Have

Affordable Mods & Upgrades any Jeep Owner Can Do