The widespread acceptance of LEDs can be defined as a story of “from neglect to acceptance through several remakes and upgrades’’. Formerly, most growers considered it as a low-tech option that could not compete with the high-intensity lights that saturated the market at that time.

However, just like how the auto-flowering variety proved everyone wrong by being one of the most potent cannabis types, this light has warmed its way into the heart of most growers due to its several benefits which shall be explored in this article.

What are auto-flowering strains?

Auto-flowering strains can simply be defined as cannabis varieties that do not need a change in their lighting schedules or a strict lighting regimen to commence flowering, unlike photoperiod strains. It is important to note that this variety can be both outdoors and indoors. The latter option is usually explored by growers who reside in climes where outdoor cultivation is a legal taboo.

Growers who reside in such climes would be forced to grow in a room where they would have to provide lights to ensure optimal growth of the plants. This is where the use of quality LEDs comes in.

The importance of lighting in cannabis cultivation

It is no news that light is one of the essential factors that facilitate plant growth. Hence, investment in good lighting is a factor that must not be compromised for those who want to grow in spaces with zero to no sunlight exposure. A grower might consistently supply water and nutrients or even adopt the best training techniques. However, if there is a deficiency of good lighting, the grower’s effort might amount to waste.

Presently, there are three major types of LEDs used for cannabis cultivation and they include the Standard LED, COB LED and Spread-Style LED. The standard LED is the cheapest option out of the trio and their use has greatly reduced as they are noted for producing significantly lower yields.

The Chips on Boards which has an average lifetime of 50,000 hours contain hundreds of lights on a single chip making its lights very intense and of good quality. It is also quite pricey which may be because it is often used in large spaces.

The Spread-style LED like the COB LED can be very expensive. It is made up of tiny LEDs placed on a board, rack, or panel and it is mostly used for commercial purposes.

Features and benefits of cultivating auto-flowering varieties with LEDs

One benefit of using quality LED lights to groom your auto-flowering strain is that it provides the requisite energy to execute important plant processes like photosynthesis.

During this process, sugar-based carbon compounds are released which attracts nitrogen-fixing bacteria to the plants. Also, it has been reported that these sugars are beneficial in providing large and dense buds in plants which is every grower’s delight.

Due to the short lifespan of auto-flowering varieties which is usually between 2-3 months from seed to harvest growers are advised to make use of full spectrum LED light to maximize its potential within that short amount of time.

Auto flowering feminized seeds grown with LEDs produce strong plants with healthy and abundant yields. It is important to note that these methods can be employed for both auto-flowering and regular auto-flowering seeds.

Another benefit of using LED lights to cultivate auto-flowering strains is their long-term cost-effectiveness. Normally, a quality LED unit costs more than HPS lights but due to its longevity, it becomes cheaper in the long run as you do not have to buy lights at regular intervals. LED lights to boast a lasting period of about 50,000 to 100, 000 hours.

However, growers should understand that the lasting duration of LEDs is highly dependent on some variables like the brand of LED purchased and its price. A grower cannot expect a ridiculously cheap light to last longer than expensive ones or even produce quality yields.

According to Highway420, the longevity of quality LED lights can be traced to their low heat generation as generating heat requires a significant amount of power emission. Since these lights are noted for their reduced energy consumption, growers do not have to spend their monies on exorbitant electricity bills.

Also, the power-saving feature of LED lights implies that they do not generate a lot of heat when compared to other lighting sources. Hence, the risks of overheating which stunts plants’ growth are significantly reduced if not completely erased.

With this advantage, growers can avoid the cost of purchasing extra cooling systems usually associated with lights like HIDs to keep the temperature of the growing area at an optimal level.

Another characteristic of LED lights is that most times, they can produce the same light intensity as other light types with less energy. Research shows that LEDs use about 75% less energy than incandescents. They are also a tad more effective than Compact fluorescent lamps which use about 5% more energy than LEDs.

Making the most of LEDs, recurring questions, and preventive measures

When purchasing your light, it is important to demand full spectrum LEDs, as they have the most sun-like features that are essential for a grower’s plant to thrive. One of such characteristics is the emission of ultraviolet rays in the form of UVA and UVB. These rays are useful in the systemization of secondary metabolites particularly the production of cannabinoids and terpenes.

These UV rays especially UVA has been found to boost the potency, flavor, and aroma of auto-flowering plants. It is important to clear the air concerning one of the most frequently asked questions which is whether growing with LEDs causes cancer.

UV rays and their connection to cancer

As of now, there are no approved studies showing that exposure to LED lights causes cancer. Rather some sources suggest that what causes cancer is continued exposure to UV radiation and toxic chemicals.

LED lights in the context of plant phases

It is also important to bring the ease associated with the operation of LEDs to notice. This is because unlike some other lights like MH and CFLs which require the grower to change them from red to blue depending on the phase of the plant, most LEDs do not require you to switch the lights between phases since they are full spectrum lights.

For preventive measures, growers should ensure that their auto-flowering plants are cultivated in a space with optimum temperature to ensure a maximum turnout. Specifically, the temperature of the growing room should not exceed 35C and it should not be below 15C.

Also, the proximity of the LED lights to the plant is a factor that can’t be sidelined. This is because when the light is too close to the seedling it might cause them to burn which leads to stunted growth and minimal yields. According to Herbies, a solution to this can be purchasing LEDs that allow dimming (reducing the light’s intensity or placing seedlings 46-56cm away from the light.

Although proper lighting is a non-negotiable factor in grooming cannabis plants or seeds, growers should understand that other factors like adequate nutrient supply, a consistent watering schedule, optimal temperature, and humidity play equally significant roles in ensuring a healthy and well-groomed plant. 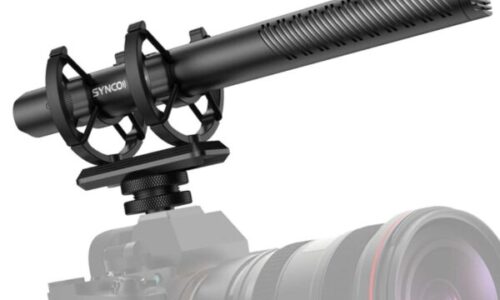 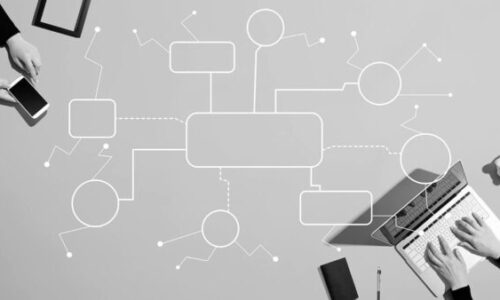 How Are Flowcharts Used To Improve Process Performance?